What explains the decline in poverty in Asia and Nepal?

According to a recent report by the ADB:

In further decomposition of the contributing factors to poverty reduction, the researchers also consider the effect of population growth along with the income effect, food prices and non-food prices. The results show that 30.40 million people escaped poverty in developing Asia every year during the survey periods. The income effect was the most significant. 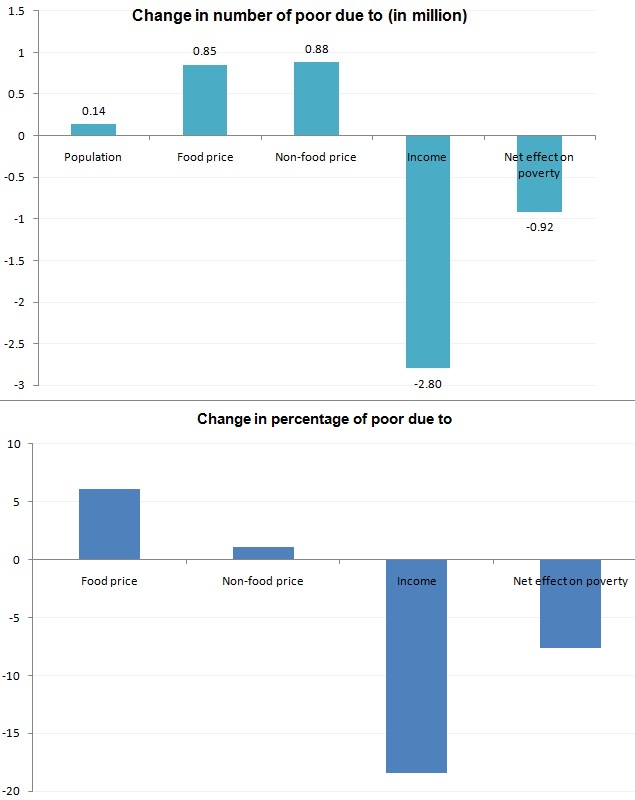 For more on the decline in poverty, see here, here and here.

Posted by Chandan Sapkota at 12:52 PM No comments: