Realizing the demographic dividend in Nepal

This blog post is adapted from Macroeconomic Update Nepal, February 2015. 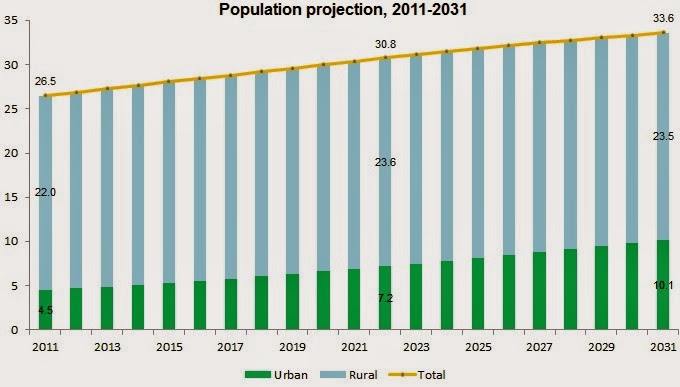 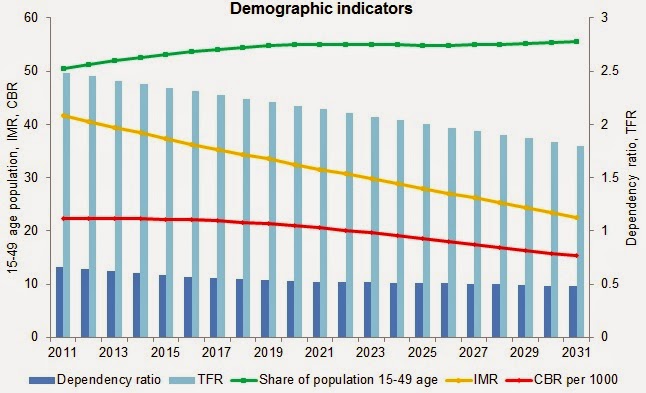 The declining population growth rate and dependency ratio, rising life expectancy along with declining fertility and child mortality, and gradually peaking working age population or that of the youth population indicates that the country is reaching the unique point where it could exploit this demographic change to spur economic growth, provided that effective public policy is implemented. Else, this demographic bulge will continue to be a burden to the economy, resulting in more temporary out-migration for work overseas.

The economy needs to generate enough job opportunities by investing heavily in infrastructure (energy, transport, ICT, urban development) and human capital (quality and relevant education and healthcare) to galvanize the youth into building a strong and resilient economy, which should be characterized by a meaningful structural transformation and an accelerated inclusive economic growth process. The country will also have to effectively utilize knowledge, experience, and technology of other successful counties to ensure that such a process picks up high momentum in this short window of opportunity. Then only the youth will be able to more productive and competitive during their working years.

Posted by Chandan Sapkota at 5:22 PM No comments: