Web browser for the developing world! 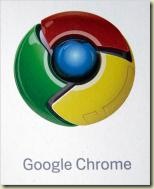 Daniel Altman has a nice piece about how Google's new web browser could be a hit in the developing world. So, this post is wholly outsourced to Altman!

Google’s coming out with a new, slimmed-down Web browser to compete with Microsoft’s Explorer, Mozilla’s Firefox and Apple’s Safari. The corporate spin says that it’s for Web-based applications that run off central servers rather than on desktop or laptop computers. Skeptics are saying that the browser is aiming for a niche that hasn’t yet developed. But I think I know where it may find a market.

Think about computer users in the developing world. Many use Internet cafes rather than having computers in their homes, and those cafes typically don’t have the latest machines. Their models run with slower processors and clogged connections on smaller screens. For them, a slimmed-down browser could be a godsend: fewer images to load, less drive space used and the convenience of those Web-based applications.

If your own computer is slow, what could be better than letting a central server - perhaps in a different country - do the processing for you? Web-based applications haven’t caught on too much in rich nations, but they seem like a natural for poor ones. There’s no need for fancy hardware, and no need to pirate software. Could emerging economies use Google’s new browser to leapfrog their wealthier counterparts?

Posted by Chandan Sapkota at 8:36 PM No comments:

Here is what the newly appointed Finance Minister of Nepal, Baburam Bhattarai, the Maoist party's second-in-command, wants to do for the country to lead it into a high growth trajectory. His priorities are as follows:

In my latest Op-ed, I put a bet on #2 and #3 as the top most industries for prioritization in a new industrial policy. I believe Mr. Bhattarai's #1 choice can be solved from #2, #3, and manufacturing industry (which I would put in #3 on my list). My list of prioritization of industries as a short term fix to two main problems of the economy (sluggish economic growth and unemployment) would be, in order of preference, infrastructure and hydropower, tourism, manufacturing, health and education, and agriculture. I put agriculture at last because if we fix the other four industries, then the surplus labor would be automatically absorbed in these industries. This means that Nepal would not require prioritizing "industrialization of agriculture" (frankly, I don't know what Mr. Bhattarai exactly means by this) as a top most choice in economic policymaking. Agriculture sector alone would not sustain growth rate and increase employment. This industry is important but it is not just as important as we have been thinking for decades. A successful transition of labor from agriculture to other industries is needed to solve the two most pressing problems of Nepal's economy.

Posted by Chandan Sapkota at 10:07 AM No comments: