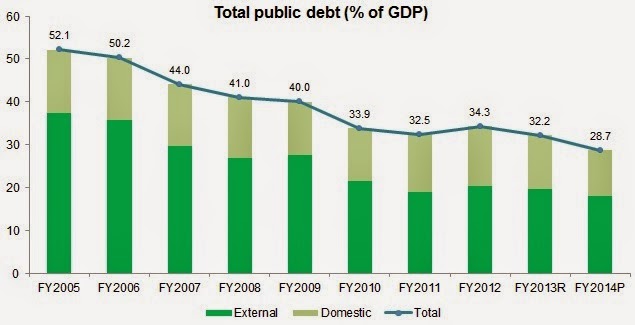 Generally, a declining public debt is a good sign of a sound/prudent macroeconomic situation in an economy. Recall how high level of debt in the EU and the US after the financial crisis (post-2007) resulted in harsh fiscal measures, including austerity measures, to bring down spending. Quite contrary to that Nepal’s public debt is declining rapidly.

If Nepal cannot mobilize enough revenue to finance its expenditure (both recurrent and capital), then the gap is bridged by domestic as well as external borrowing. Each year the country borrows money equivalent to about 2.0% of GDP from the domestic market. External borrowing is limited to long-term loans at concessional rates from multilateral and some bilateral donors. Overall, total stock of public debt is influenced by economic growth, which then affects revenue mobilization (positively) and jobs creation (positively). 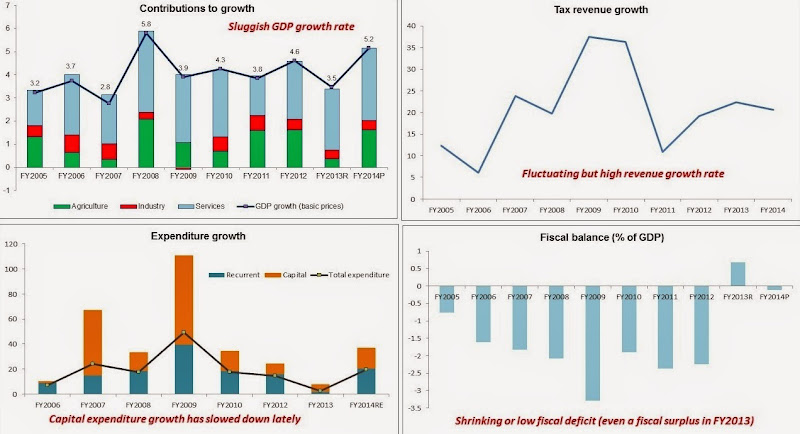 It is fair to deduce the following from the above four points: 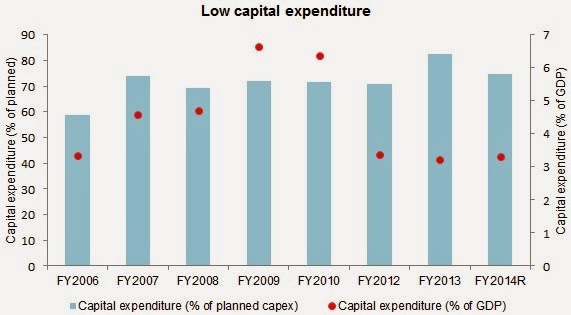 It is leading to two unreasonable developments on public debt front (based on the level of income per capita of Nepal): 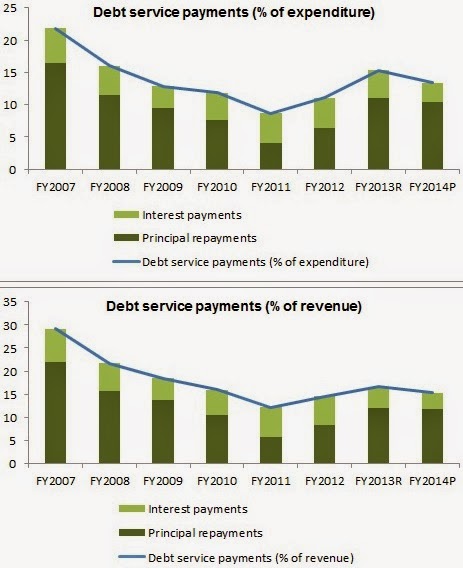 Note that low fiscal deficit means slowdown in the accumulation of public debt, and high principal and interest repayment means fast offloading of debt payment obligations. Consequently, this leads to lower stock of outstanding public debt, which in turn is interpreted as a sign of sound/prudent macroeconomic situation/management (despite sluggish GDP and income growth rate, and high unemployment).

The low public debt also affects the debt sustainability analysis, which showed Nepal faced a low risk of debt distress in 2014. In 2012 DSA, Nepal was categorized as facing moderate risk of debt distress. The DSA is used mainly by multilateral development banks to determine if a low income country needs either concessional/soft loans only or grants only or a combination of both. They conduct country economic, social, policy and institutional reform and capacity assessments independently and the resulting composite score (threshold) is ultimately evaluated against the various debt scenarios/simulations and the corresponding debt distress classification. Now that Nepal has been categorized as facing low risk of debt distress, multilateral development banks are more inclined to providing concessional/soft loans only (and the allocations/commitments may increase depending on the public expenditure performance of the country).

Posted by Chandan Sapkota at 9:04 PM No comments: