The OECD and WTO have come up with trade in value added database covering mostly OECD countries. It presents an entirely different picture of the ongoing trade related debate, especially the huge trade surplus (gross) of China and the charges about currency manipulation (deliberately keeping value of currency low). The RCA, which gives an indication of comparative advantage in export of individual product, is also quite different than what is shown by gross trade figures. Value added data could be a better measure of trade flows. 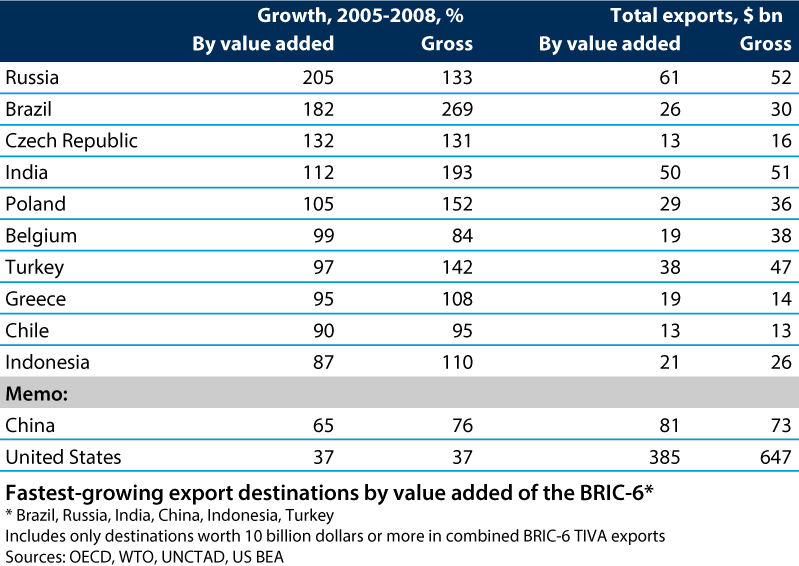 It will be interesting to see the value added export of Nepal when the database includes Nepal as well.
Posted by Chandan Sapkota at 6:17 PM No comments: