The report recommends improving GDP growth via:
The report states that employment grew by 2.7% per annum during 2000-2012, higher than the average population growth of 1.7% but below GDP growth of 4%. 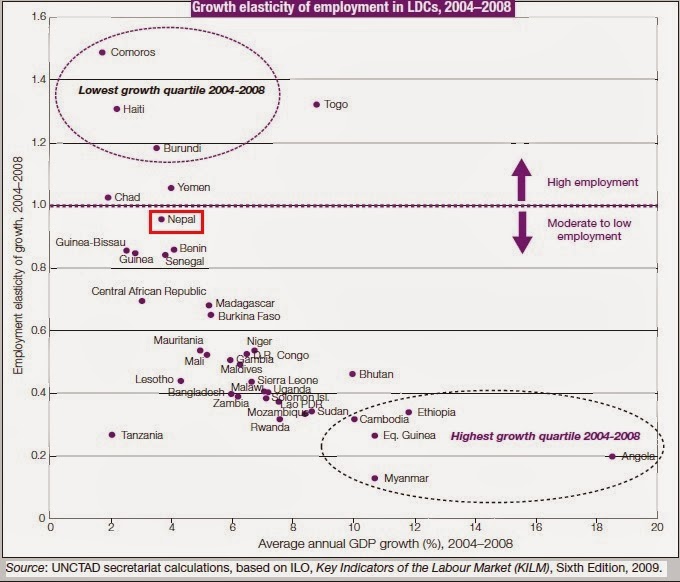 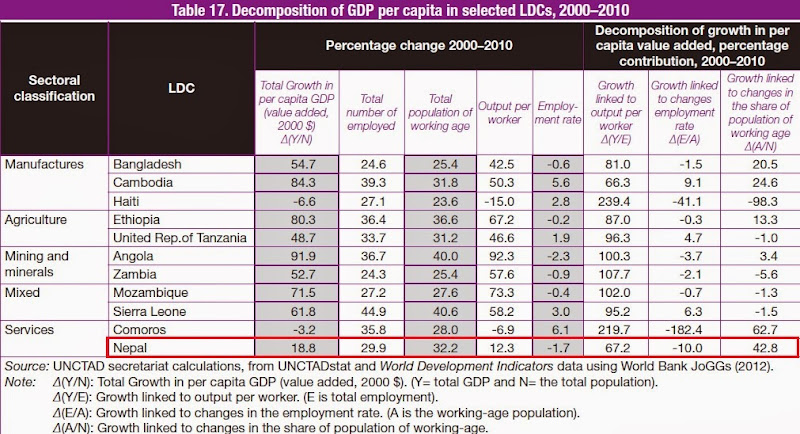 For more on Nepal's structural transformation, see this blog post and the links within.
Posted by Chandan Sapkota at 6:29 PM No comments: