In FY2013, the CBS projects services sector to grow by 6.03%, industry sector growth to further drop to 1.49%, and agriculture sector to grow by a mere 1.31%. The sharp drop in agriculture growth is attributed to the unfavorable monsoon and shortage of chemical fertilizers during peak paddy planting season. The industry sector continues to be beset by persistent supply-side as well as structural constraints, including power outages, labor disputes, low productivity, high cost of raw materials and production, inadequate investment climate reforms, lack of innovation and research and development, corruption, and political instability. Given the slowdown in growth of remittances, it appears services sector might grow lower than what CBS’s is projecting. Hence, 3.56% GDP growth projection is very optimistic. Taking into account the latest developments and updates, GDP will likely grow between 3.2% (the IMF says it might be even below 3%) and 3.5%. Anyway, as in previous years, services sector will contribute the largest push to GDP growth rate in FY2013. 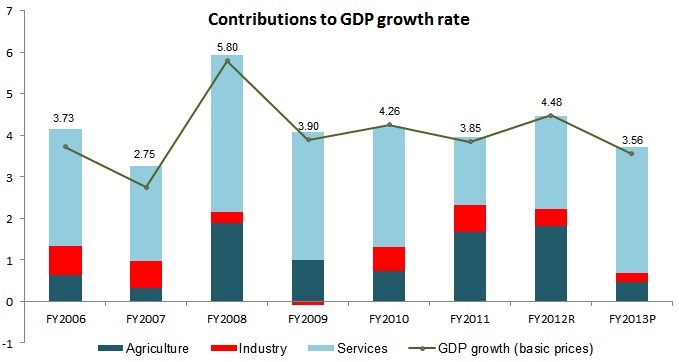 In terms of contribution to GDP growth rate (sub-sectoral growth rate times its share of GDP at factor cost), agriculture and forestry had the major role, followed by transport, storage and communication; wholesale and retail trade; education; community and social activities; and real estate, renting and business activities. 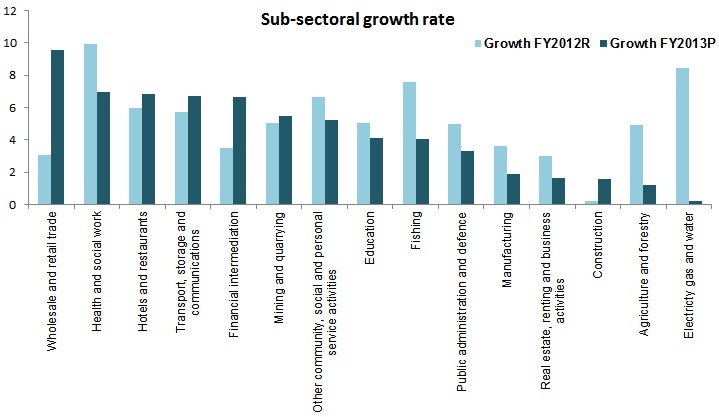 In terms of contribution to GDP growth in FY2013, the largest contributor is projected to be wholesale and retail trade, followed by transport, storage and communication; agriculture and forestry; financial intermediation; and education. The least contribution would come from mining and quarrying; fishing; and electricity, gas and water. Again, the real story here is that the optimistic CBS projections for services sector might not be realistic and hence the related sub-sectoral growth, contribution to GDP growth rate, and overall GDP growth rate.

In terms of productivity and a meaningful structural transformation with higher value added jobs, the most important sector is industry (specifically, manufacturing sub-sector within it). Unfortunately, manufacturing’s share of GDP is continuously shrinking (revised estimate of 6.28% in FY2012 and projected 6.17% in FY2013). Its growth is projected to drop to 1.85% in FY2013 from 3.63% in FY2012. As mentioned earlier, it points to the persistent supply-side as well as structural constraints. 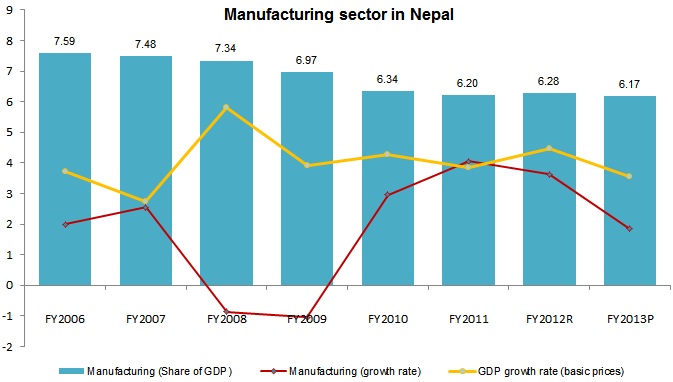 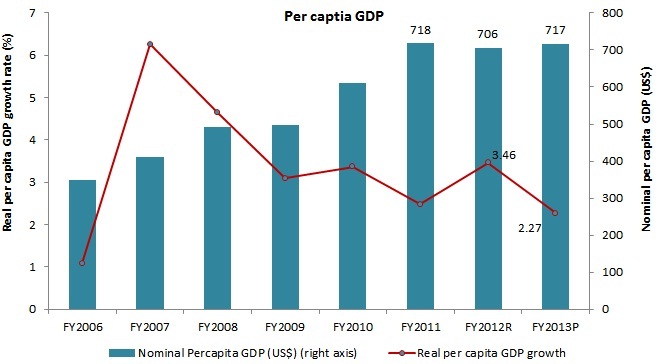 Looking at the GDP figures from expenditure category, it is evident that the economy is overwhelmingly consumption based and imports are rising fast (net exports is expanding on the negative side). No surprise where the remittances are going. 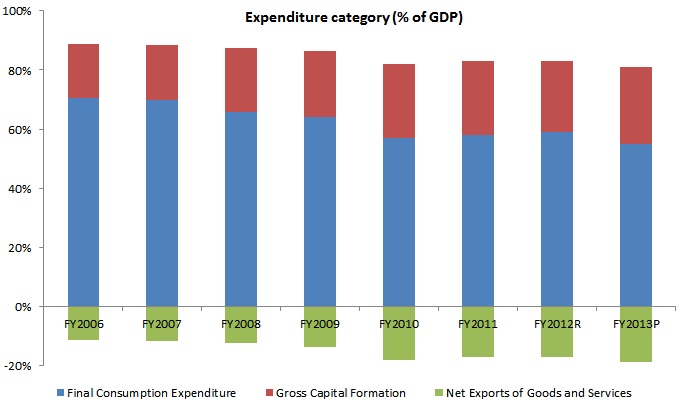 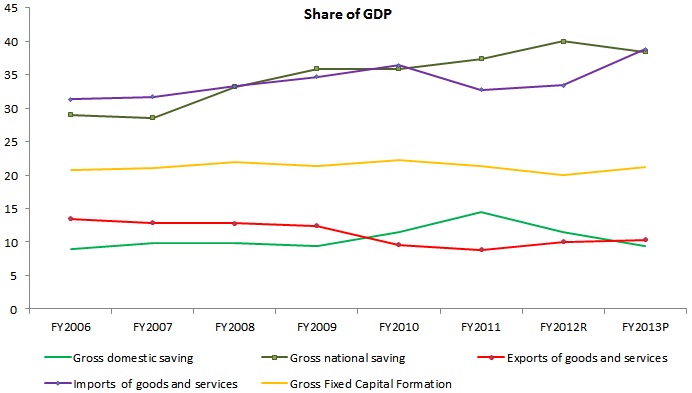