That said, how does Nepal’s existing economic performance and forecasts compare with the South Asian region, neighboring countries, and developing countries. Below are some of the comparative charts. All data are sourced on 2010-01-14 from Global Economic Prospects 2011 website. The data for 2011 and 2012 are projections. Nepal’s standing among the web of bars is indicated by an arrow (just ensuring that you don’t get lost looking for Nepal!). SA, DEV, WLD, PAK, NPL, LKA, BGD, CHN, IND stand for South Asia, Developing Countries, World, Pakistan, Nepal, Sri Lanka, Bangladesh, China, and India, respectively. All of these are bar charts. I was too lazy to come up with something simpler to understand the data! :-) 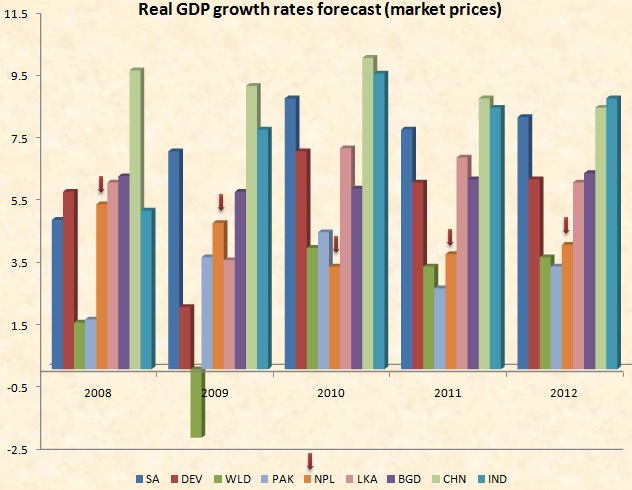 First, Nepal’s real GDP growth rate is the second lowest in the region and is expected will remain that way in 2012, well below the level reached in 2008. Blame the political impasse, power outages, supply bottlenecks, high and sticky inflation, labor disputes, and low business and consumer sentiment, among others. South Asia’s growth will be robust, thanks largely to the bustling economic activities in India (and to some extent Bangladesh). As a whole, developing countries will have higher growth rate than the world average (which has a negative real growth rate in 2009). 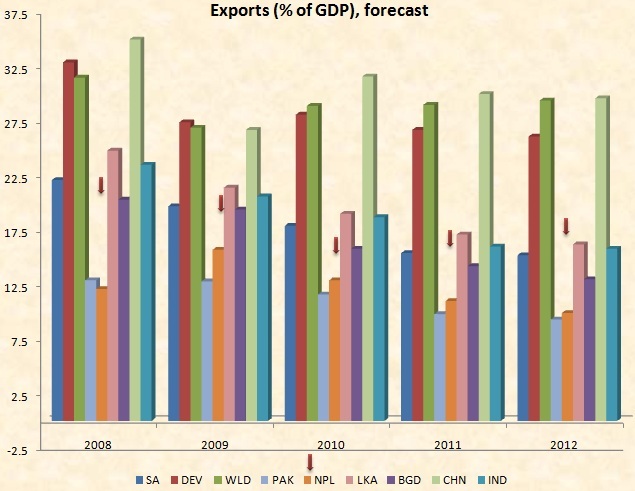 Second, Nepal’s exports (share of GDP) will continue to decline, while that of developing countries, China, and India will continue to grow or at least remain steady. Pakistan has one of the lowest exports (share of GDP) in the South Asian region. Blame the political impasse, uncompetitive export-oriented sector, power outages, supply bottlenecks, high and sticky inflation, labor disputes, and low business and consumer sentiment, among others 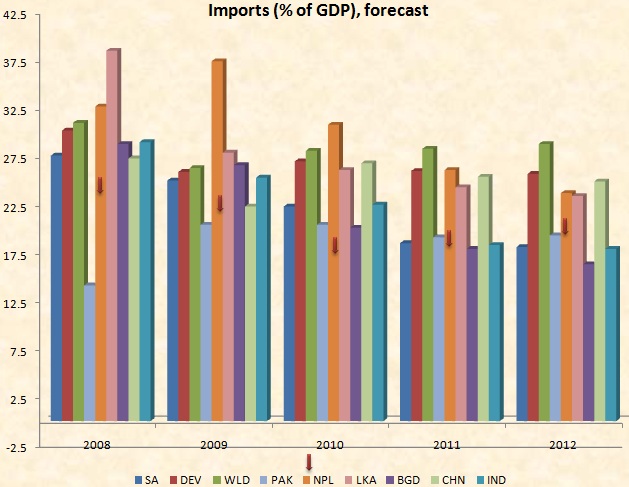 Third, Nepal’s imports (share of GDP) are expected to be higher than exports, but will slightly decrease.Still, Nepal’s imports (share of GDP) are higher higher than most all the countries in the region (except for China’s, which is expected to increase imports in 2012). The world and developing countries average of imports are higher than that of Nepal. In 2009, imports was the highest in Nepal than in all the countries and regions looked in this post. Thanks to remittances, declining domestic production, and a slight appreciation of Nepali currency vis-à-vis dollar (due to high inflation rate). 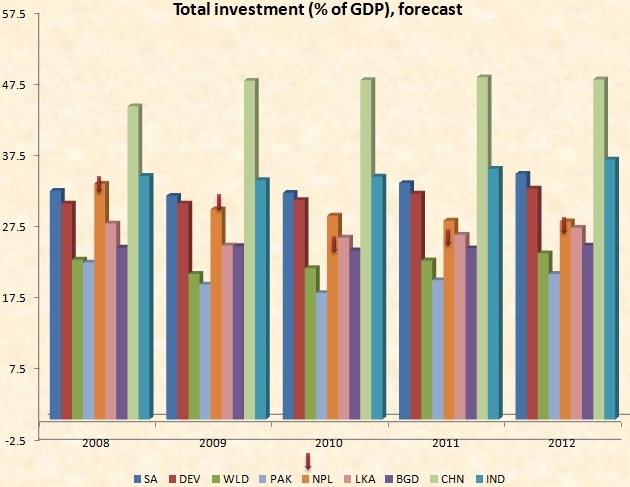 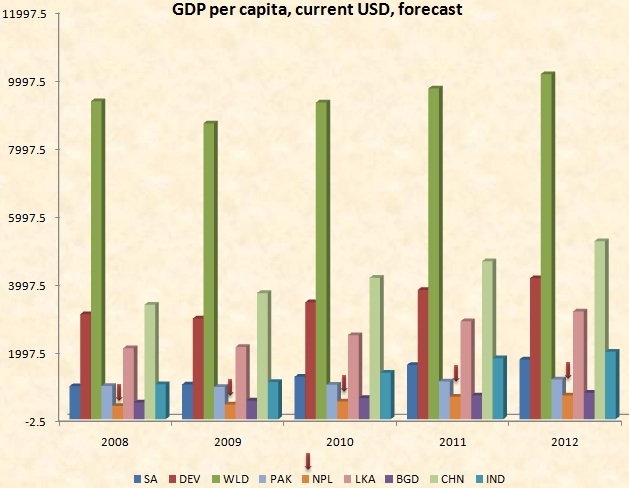