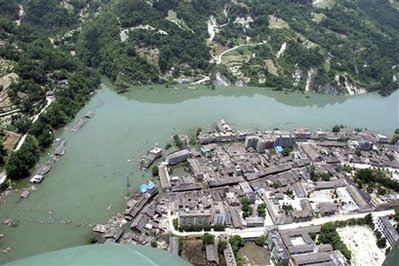 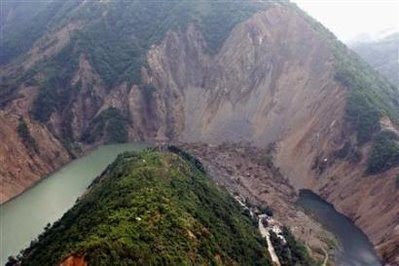 An aerial view shows the landslide mud that formed the Tangjiashan quake lake near Beichuan county, Sichuan province, May 26, 2008, in this picture distributed by China's official Xinhua News Agency. 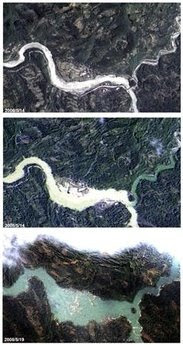 1. Food and Freshwater Security – How best can Africa cope with increasing food and freshwater insecurity? What are the risks and opportunities for the region?

2. Geopolitical Instability – Can Africa sustain and consolidate progress on transparent and democratically accountable governance? Can it increase its institutional capacity to prevent, manage and resolve both intrastate and interstate conflict?

3. Economic Shocks – Can African resource-rich countries reduce their commodity dependency by diversifying their economies? How can wealth be better distributed? How can African countries increase their trade benefits?

4. Climate Change, the Environment and Challenges to Africa’s Development – How will global warming affect Africa? How best can the region, countries, businesses and communities adapt to mitigate its effects?

Urgent collective action is required, including raising agricultural productivity, strengthening local adaptation to climate change, improving governance and enhancing economic resilience through diversification. Decision-makers cannot assume that tomorrow’s growth story will read like today’s. The economic fundamentals are in place, but political dynamics and the scope of structural reforms are more likely to shape the next chapter. The report concludes that for Africa – a continent characterized by huge opportunities and ever-increasing regional and global interdependence – the imperative is for collective action to mitigate these shared risks.

Posted by Chandan Sapkota at 8:26 PM No comments: