Meager benefits of the Doha Round for the developing countries

Here is a research done by Sandra Polaski from Carnegie Endowment for International Peace (CEIP) about the winners and losers from the Doha Round under different scenarios. The general equilibrium model showed that total gains from trade to be between $32-55 billion, with rich nations getting $30 billion; middle income countries like China, Brazil and SA getting $20 billion; and poor countries getting $5 billion (about $2 per head).

The biggest winners among industrial nations would be Japan and the European Union, where incomes stand to grow by $6.5 billion and $5.8 billion, respectively. Among developing nations, the chief beneficiary by far would be China, which would gain $10.3 billion in annual income, or more than four times the increase expected for India. In fact, China's expected benefits account for nearly half of those likely to accrue to the developing world. The biggest losers would be Bangladesh, Malawi, Tanzania, and Uganda and the rest of the nations of sub-Saharan Africa (excluding South Africa). The numbers are so small, however, relative to the size of national economies, that the precise figures are less important than the broad picture they paint.

Here is a paper on how India would stand on different trade policy choices. In terms of change in real income, it seems that India would benefit the most from the Doha Round. Surprisingly, India would lose from India-EU FTA.

Here is a previous blog post on why the most recent Doha Round of trade negotiations failed.

Posted by Chandan Sapkota at 8:44 PM No comments:

Dalits and discrimination in Nepal 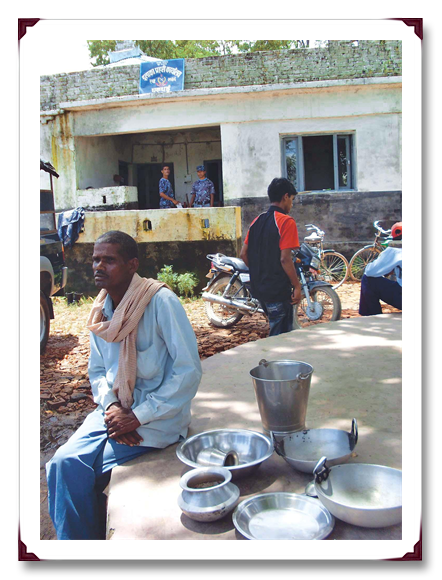 Social discrimination based on caste system is one of the constraints to mainstreaming marginalized groups into the national economy. These groups have been marginalized for centuries, resulting in a highly unequal social setting where the most poorest and discriminated ones never rises above a certain level, irrespective of the level of economic progress in the country. Somebody tell people to shed off useless conservatism and embrace socially progressive ideas!

Posted by Chandan Sapkota at 7:13 AM No comments:

The world cannot grow its way out of this slowdown

Kenneth Rogoff raises the inflationary alarm: "In policymaker’s zealous attempts to avoid a plain vanilla supply shock recession, they are taking excessive risks with inflation and budget discipline that may ultimately lead to a much greater and more protracted downturn." Well, I would be more worried about a fire engulfing my house right now then a potential fire that would engulf my house! Inflation does posses a risk but it is in the long run, when according to Keynes "we all are dead." That said, I believe that we can manage the dangers of inflation as time passes by being particularly careful with embedded inflation expectations. Mark Thoma weighs in: "Inflation is a concern, but raising interest rates too fast risks throwing the financial sector into a tailspin, and that would bring the economy down with it, and that's a risk I'd rather not take. We need to keep an eye out for signs that inflation is becoming embedded and self-reinforcing, but we need to be even more concerned about a domino effect taking hold in the financial sector. That danger is not yet over." More by Krugman here

Is the WTO no-deal a big deal?

If the real effects of a no-agreement are not likely to be important, is all this noise about the Geneva failure justified? Yes. Perhaps. To the extent that an agreement in the WTO would have strengthened (or at least would have not weakened) the multilateral trading system, the no-agreement may well be a setback. Such a system binds countries to respect a certain set of trading rules, for example preventing possible temptations towards self-sufficiency in the face of difficult domestic and international situations. This is not to deny the importance of domestic policy space. Allowing for moderate policy space is welcome to satisfy particular domestic needs, but a weak multilateral trade regime may allow for an abuse of domestic policy, which may promote protectionism. This is especially the case in a time of adverse international economic environment, as the current one.

Collapse of the WTO trade talks: A pity, and potentially a problem, but not a disaster

Putting a lasso on inflation

There are other ways to approach the challenge of high prices, of course. In its paper, the Asian Development Bank recommended income support to poor families...It's a cheaper and more economically efficient solution than one-size-fits-all subsidies, and it also allows households to prioritize their own purchases. Moreover, once people have the ability to pay global prices for the commodities they need, the problem of guaranteeing supply to the local market simply disappears.

What is Called Development? Exploring the Nexus of Economy

Posted by Chandan Sapkota at 5:37 AM No comments:

Here is Jean-Michel Severnio, CEO of the AFD. More here.

Posted by Chandan Sapkota at 2:15 AM No comments: