The Asian Development Bank (ADB) has come up with its own benchmark to measure poverty in Asia. The new Asian Poverty Line defines poverty as living on $1.35 a day. The total number of poor people in Asia with this estimate is about 800 million. Last month, the World Bank economists revised poverty estimate and set the international poverty line as $1.25 a day in 2005 prices.

The ADB has set Asian Poverty Line by calculating the median of the national poverty lines of 15 of the poorest countries in Asia. In case of the WB estimate, the international poverty line was calculated using the same technique but there was just one country from Asia, i.e. Nepal in the list, which was dominated by African nations. 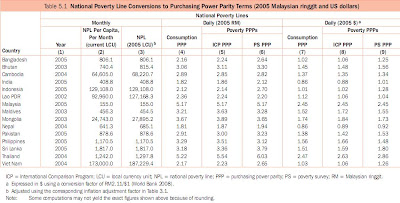 This is what percentage of population (headcount) living below the $1.35 poverty line look like: 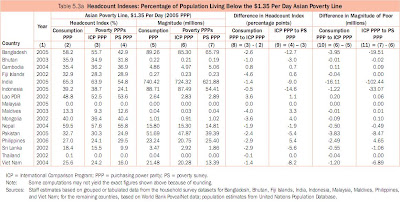 And, this is what percentage of population living below the Asian Poverty Line looks like as against the $1 and $2 a day estimate: 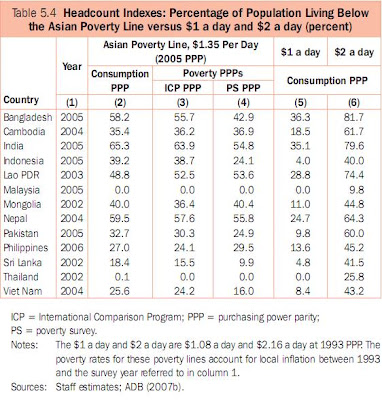