The K-town is abuzz over budget, particularly its size and nature. Here are two charts that shows foreign aid (both loan and grant) as a share of actual expenditure, total revenue (i.e. total receipts minus grants) and development expenditure. These are actual figures and disbursed amount. 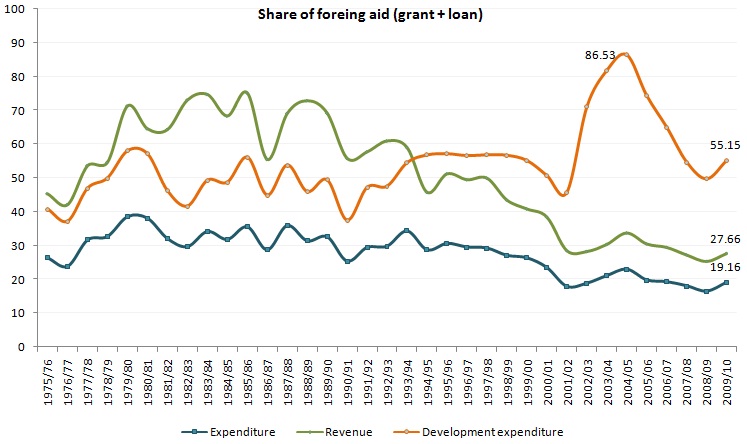 In terms of loan and grant, it appears that donors are increasing grant portion in total foreign aid starting early 1990s. 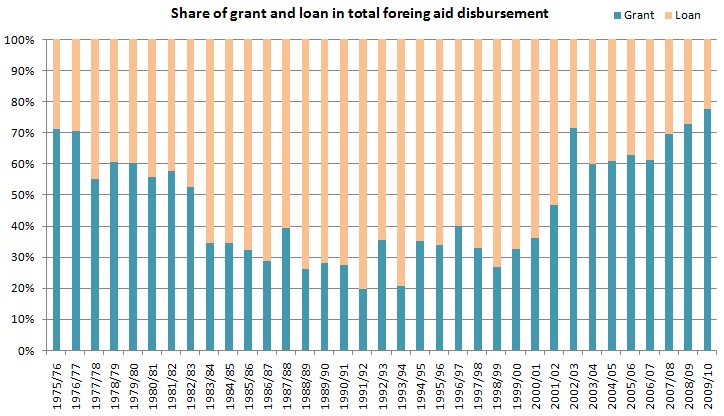 Now, the question is: How far has foreign aid been helpful in meeting growth and development objectives? Since there is no comprehensive analysis of the effectiveness of overall aid in Nepal, we just can’t say that it is working or not working just by looking at these numbers.

That said, looking at the triggers of GDP growth, it is quite clear that foreign aid has not been a contributing factor in the short run. Aid to construct roads (intra district or intra villages) did help, but it didn’t go far enough to make a difference. There was no aid on hydropower, the important sector to stimulate growth and employment creation. Aid got concentrated in social sector, which did yield fairly good result (judging from the progress in achieving MDG targets). Here is more on aid in Nepal. Here is an evaluation of the effectiveness of Aid for Trade in Nepal.