Fishing sector in Nepal is growing (though not at a faster rate given the growing internal demand). Its share of GDP reached 0.62% in FY2013, up from 0.48% in FY2002. There is a huge and growing domestic demand for fish, which is taken as a substitute for meat products (even by some vegetarians I know of!). Nepal’s fish import was over NRs2.7 billion in FY2013 (about NRs1.45 billion from India and NRs1.29 billion from PRC). 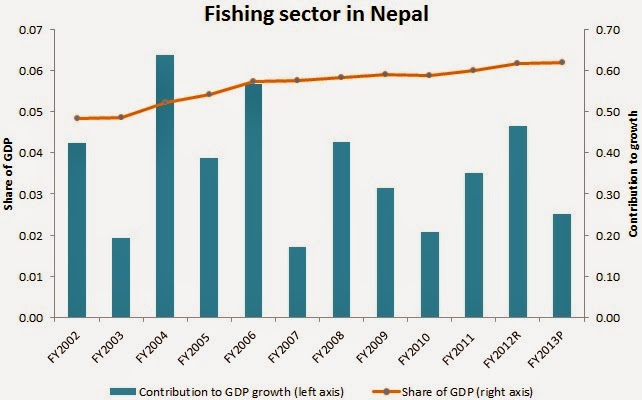 With targeted and adequate support from government and development partners, fishing sector has the potential to be a good showcase for (i) import substitution, (ii) commercialization of agriculture, and (iii) source of jobs. 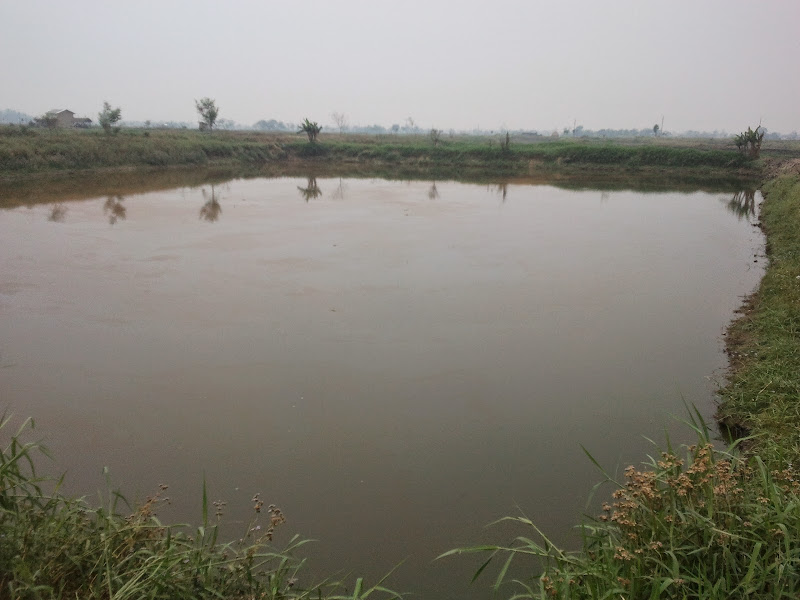 
Currently, the government is providing some subsidies (for instance, electricity cost is half the normal rate per unit = about NRs 4 per unit), which needs to be better targeted and perhaps continued (given the fact that one of the countries from where Nepal imports fish heavily subsidizes its agriculture sector). The fish culture and research centers of the government need upgrading along with efficient operations. The fish farming sites strategically located around the country have to be connected by road network. Furthermore, there has to be better and more storage facilities. 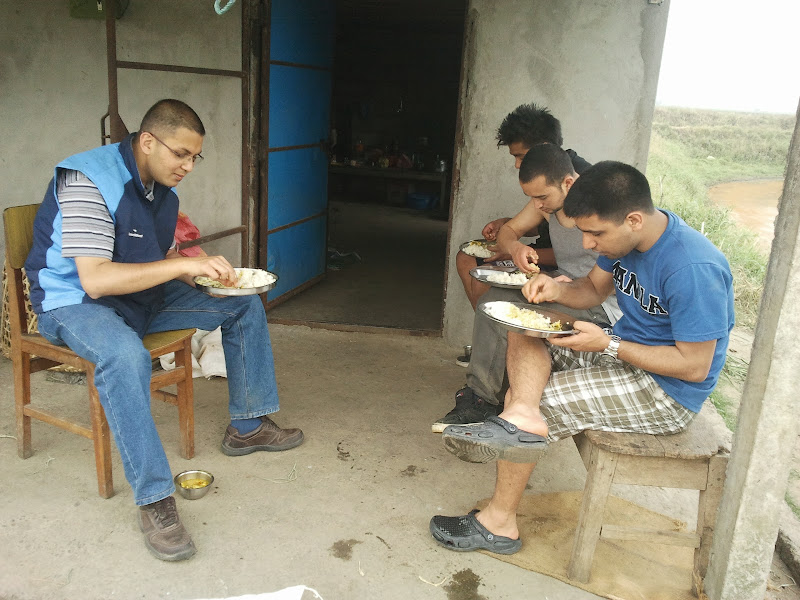 [We enjoyed fresh fish curry during a recent trip to a fish farm in Chanauli, Chitwan. The farm is owned by one of my friends who recently quit business journalism to start commercial fish farming.]
Posted by Chandan Sapkota at 11:39 AM 3 comments: