Third highest remittance inflows (% of GDP) to Nepal in 2012

According to the latest Migration and Development Brief No.22, official remittance inflows to Nepal reached 24.7% of GDP in 2012, which makes Nepal the third largest remittance recipient in the world. Migrants remitted an estimated US$5.2 billion to Nepal in 2013 (equivalent to about 25% of GDP). The amount of remittance outflows was just US$50.3 million in 2012. 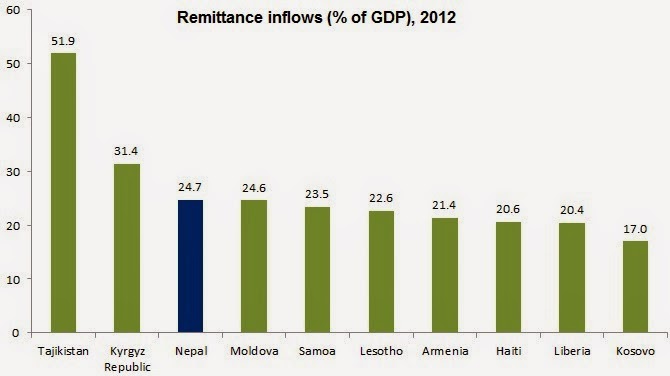 The average growth of remittance inflows over the last five years has been around 14%, boosted by both the increased number of migrant workers leaving the country and the higher incentives to send more money back home as a result of the depreciation of Nepali rupee against major convertible currencies. Increased remittance inflows are greatly boosting banking sector liquidity in FY2014, leading to a situation where BFIs are increasingly investing in near zero interest bearing T-bills in the absence of good investment projects. More on remittances in Nepal here and here. 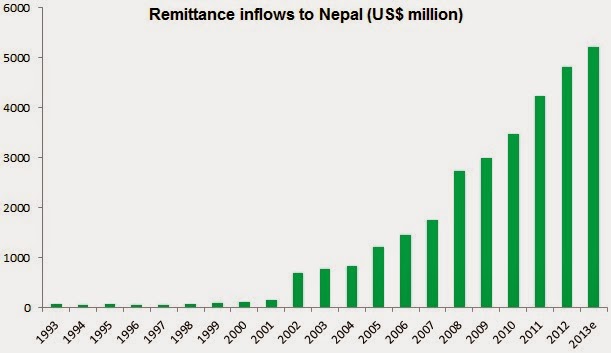 Posted by Chandan Sapkota at 4:38 PM