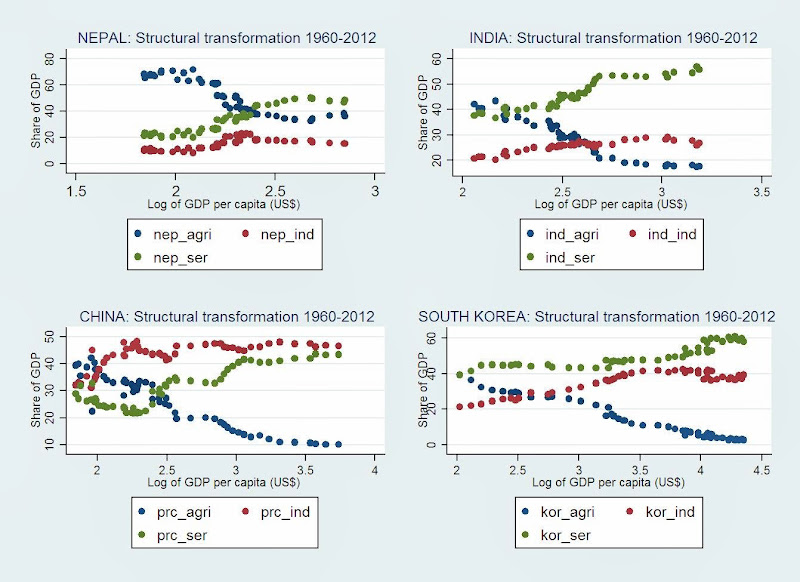 The sectoral value addition and its movement against per capita GDP in the chart above indicates that high growth in Nepal won’t be sustained unless the industrial sector is strengthened along with the promotion of high value agriculture production and services activities. Else, growth will continue to be determined by the monsoon (agriculture sector) and remittances-backed consumption demand of mostly imported goods (low productive, low value added services sector activities such as wholesale and retail trade, real estate and housing, among others).

Overall, the message is that the ongoing structural transformation of Nepali economy appears abnormal and the economy is stuck in a low growth trap (mostly below 5%) sustained by robust remittance inflows and the monsoon. The only way to break free of it is to tackle head-on the binding constraints to economic activities, especially in the industrial sector.

Posted by Chandan Sapkota at 10:58 AM