Average annual bilateral flows have been increasing. On average (annual), it was US$ 346 million between 2000 and 2008. The average annual net ODA flows during the same period was US$ 477 million. 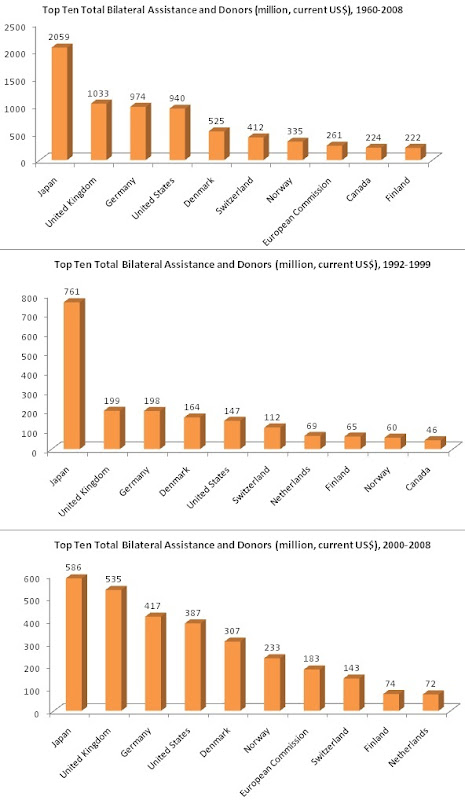 Question: What has been the impact of this much of assistance so far on economic growth, enhancement of livelihoods, industrial development, poverty reduction, health, education, migration, conflict, governance, inclusion, and the slew sectors with development interventions? My earlier views on donors’ development strategy paper here, and a critical look at the aid industry in Nepal here. Fyi, the data is sourced from WDI website.

Posted by Chandan Sapkota at 4:14 PM