Can a developing country afford to promote all the products and industries? When there are limited resources and unlimited wants/demands, then you have to prioritize in such a way that the outcome is the most optimal one. I put this simple econ concept in the Nepali industrial context and argue that the government cannot and should not try to promote all the products. It should disregard all the pressure from yes-men businessmen who wants the government to promote their industries, but the return the government gets from promoting them is less than the cost of promotion. So, Nepal should have a discriminatory industrial policy and product promotion plan. Read more in my latest article.

A member of the National Planning Commission (NPC) recently said he just became aware of the fact that the government has limited resources and cannot fulfill everyone’s desire. While he was surprised to realize a basic economic conundrum-- i.e. there are unlimited wants, but limited resources-- I was perplexed reading that he acknowledged this basic fact after being appointed to the chief advisory body for formulating development plans and policies for the government. Needless to say, this view is even more prevalent in the public sphere, including businessmen and entrepreneurs. Making increasingly more and complex demands with the government, irrespective of its capacity to fulfill them, has become common.

The public, industrialists, unions, and policymakers have to fathom and digest the fact that we have limited resources and cannot fulfill everyone’s demand. The government should fulfill demand (think of tax concessions, subsidies, marketing, capacity building, technology, and infrastructure) of only those sectors that will give the nation the highest socio-economic, if not economic only, returns. It means discriminately yet judiciously prioritizing the sectors that will receive support from the government.

How can we know ex-ante that the sectors to be prioritized will give the highest return? Based on past and present trends and future potentials, we can initially prioritize promising sectors, experiment with them with different policy options, and evaluate if the final outcome meets expectations of lower cost, high returns and relatively stronger socio-economic impact. 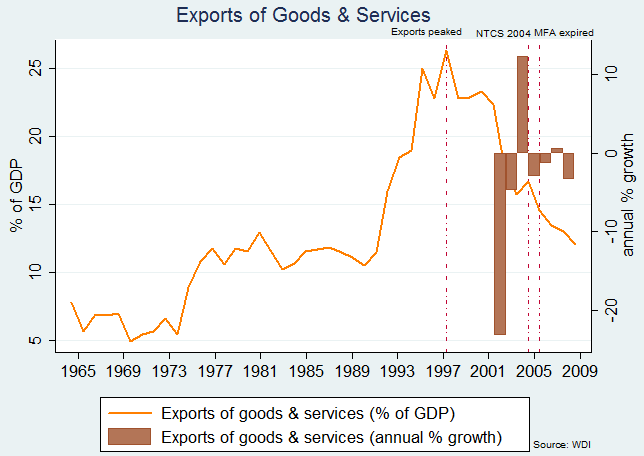 Several countries that have resilient exports sector and strong economic growth have adopted this strategy. For instance, Chile and Ethiopia prioritized salmon and floriculture industries, respectively. At the early stage Chile provided finance and technical support to salmon industry, and Ethiopia facilitated finance, land and transport coordination required for floriculture industry. Their exports-related government and private agencies played the role of ‘pathfinder’ institution by consistently attempting to pursue the development of these sectors and co-ordinate activities accordingly. The coordination among all related government agencies, private sector and other stakeholders created the necessary conditions for take-off of these industries. Now, they are one of the top exporters in the world in the respective products and these sectors contribute substantially to their exports revenue. Nepal can learn valuable lesions from their experience of experimentation and prioritization of selected products for exports promotion.

Given the dismal performance of industrial and export sectors, it is apparent that our industrial priority did not pick up steam as it did in other countries with which our exporters compete with in the international market. The result is evident—exports have declined and domestic industrial sector is struggling to grow at around two percent annually. The misplaced sectoral priority and policy incoherence in the industrial and exports sectors have cost the nation dearly, resulting in a near collapse of garment and textiles industry, which was the backbone of exports sector until 2004. Our policymakers and entrepreneurs failed to comprehend competitive force unleashed by increasing globalization of the world economy. 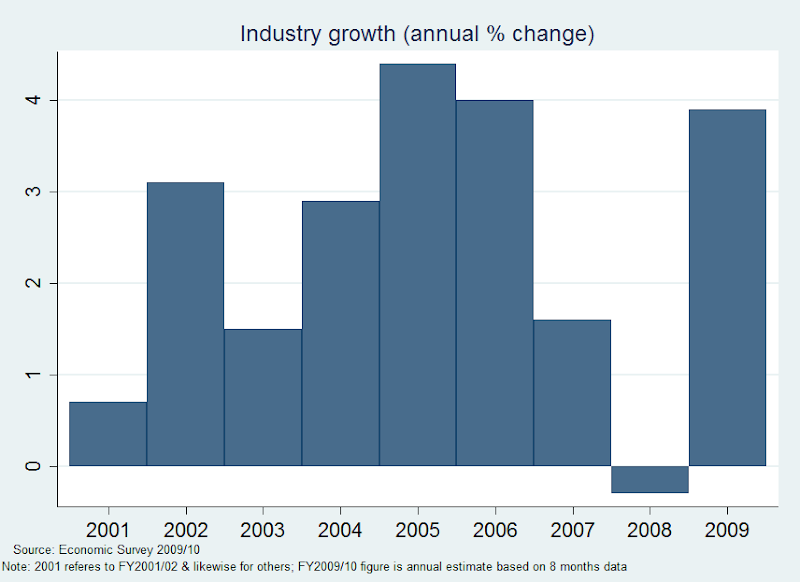 To remain competitive, Nepal needs to reprioritize production, products, and industries. Prioritization and promotion should be of those sectors that hold the most prospects for economic and socio-economic returns. It should be based on careful consideration of factors such as the increasing globalization and the rise of global production sharing; the recent crises in food, fuel and financial markets; climate change; the rapid rise of our neighbors—India and China; and the rise of entrepreneurial economies, especially the LDCs that produce similar kind of goods and services Nepal produces and exports.

We need to smartly reallocate resources with an objective to promote only those industries that have potential for highest rate of return on investments and socio-economic impact on the lives of the people. If need be, we should not hesitate to part ways from past practices. It might mean completely stopping prioritization and promotion by the government of uncompetitive industries like garments and textiles sector, unless it changes its failed strategy of focusing on the US and the EU markets only, where there is very little chance of recovery due to our uncompetitive production structure and nonconformity with quality standards, among other factors. 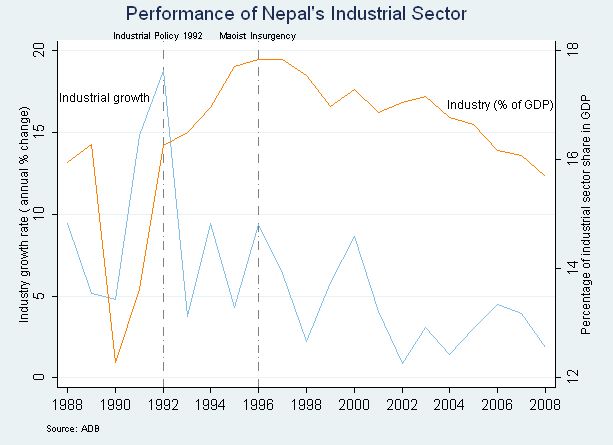 The Ministry of Commerce & Supplies (MoCS) is trying to restructure industrial priority by taking stock of the changing global markets and limited resources, amidst unlimited industrial demands, at our disposal. It recently updated industrial and trade policies, and released Nepal Trade and Integration Strategy (NTIS) 2010, which identified 19 sectors having high “exports potential and socio-economic impact.” Mind you, there is plenty of room for improvement in these policies (see NTIS 2010, July 3, and Industrial Policy 2010, May 29, Republica). But, still they are one of the best and coherent ideas we have so far in terms of industrial and exports promotion.

Already, the government is facing resistance from businessmen involved in sectors that were not among the 19 products identified by NTIS 2010. For instance, the garment and textiles businessmen made hue and cry after the industry did not appear in the priority list. They argued that the industry still contributes the highest exports revenue and hence deserves more and continued support from the government. What they do not tell is that its growth rate has been declining at a rapid pace and hopes for revival is dim unless they change their production structure and destination markets. We should not drain state resources in promotion of this kind of moribund industry. We already experimented for over two decades with the garment and textiles industry. The government and the private sector failed miserably to not only promote this product abroad, but also to overcome supply-side, economic and non-economic constraints internally.

Our policymakers should not succumb to pressure from industrialists who have been running inefficient firms, whose cost of government support is higher than the return on government investment in their promotion. We should discriminately yet judiciously promote only those sectors that hold the best prospect for survival and sustained growth. It should focus on clearing uncertainties and constraints related to technology, marketing and infrastructure aspects in sectors that have high export potential. Since there are limited resources at the government’s disposal, it should choose few products from among the 19 products identified by NTIS 2010 and fully pump in resources to promote them. Ignoring the idea of spray-gun approach to promoting all the products and industries would be an efficient and optimal decision.

Meanwhile, our bureaucrats need to realize that MoCS alone cannot help promote the priority industries and products if other government agencies think that this initiation is beyond their playground. Promoting priority industries requires concerted effort and attention of a whole range of ministries-- ranging from agriculture, finance, science and technology, and foreign affairs ministries—private sector, politicians, and trade unions. Faltering export and industrial sectors is a collective problem and the optimal solution can be reached through collective action.

Keeping in mind that there are limited resources and unlimited wants, let us experiment with the sectors that have the highest exports and growth potential and socio-economic impact. Else, our exports and industrial sectors will continue to fade away, leaving us unproductively wasting limited resources for lost causes.

Posted by Chandan Sapkota at 3:38 PM