Maoist madness in the Himalayas

The Maoist party is probably the most contradictory and inconsistent party in Nepalese dirty political arena. It is perhaps the most disgustingly opportunistic party unwilling and unable to bring out policies to institute prerequisites for long term economic growth. Except for Dr Bhattarai, I have not heard of any other Maoist leader arguing logically about economic growth and the economic mess we are in right now.

The one thing that you should not interfere when everything is in a mess is the sector that is posing as the binding constraint to economic activities. Low appropriability of returns arising from micro-risks such as political instability and corruption along with low social returns due to a lack of infrastructure are the two strongest constraints on the economy at present. Failure to address these constraints, thanks to politicization and obstruction by the leaders, is costing the economy dearly.

Micro-risks are always there in the economy. So, there is now way we will get away with them so soon. But, we can address the lack of infrastructure constraint with appropriate long term goals and vision. When the Maoist party was in power, they approved several hydropower projects in order to fulfill their dream of generating 10,000 MW hydroelectricity in 10 years. 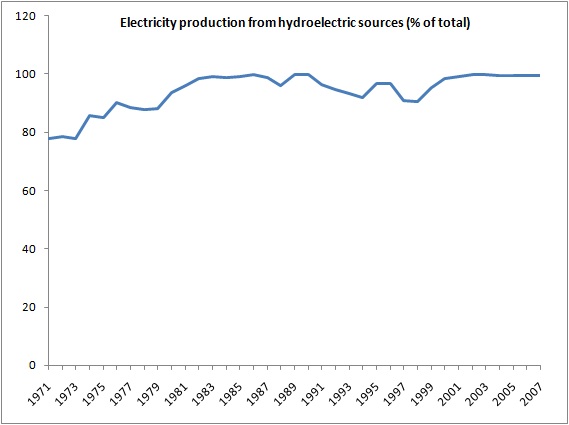 Alas, their own dream is shattered by their own actions. The natural resources department of the UCPN (Maoist) has demanded that contracts and agreements on the West Seti, Upper Karnali, Arun-III, Chainpur Seti, Upper Karnali ST-1, Lower Arun, Upper Marsyangdi-II, Budhigandaki, Tamakoshi III A, Dudhkoshi, Dudhkoshi-4, Likhu, Phulkot and Namlan, among other hydropower projects, be presented for deliberations in the Legislature- Parliament´s Committee on Natural Resources. They also asked the government to stop all ongoing activities at those projects until the agreements are presented before the parliamentary committee. It is pure madness that will only exacerbate the economic mess. Electricity sourced from running water is almost the only source of power in this country. Furthermore, the country desperately needs a sizeable bout of investment now. They only sectors that are feasible are tourism and hydroelectricity. This could have bridged to some extent the investment gap, provide jobs, and potentially export revenue if we were able to export them after domestic use. This could have partially solved the perpetual balance of trade deficit. Alas, we are no so lucky. The economy is being held hostage by one single party which is raising voices on the back of “proletariat ” agenda. It is only concerned with usurping power by selling the failed Marxist agenda.

How can the Maoists justify this business unfriendly and contradictory act? This is not in the interest of the Nepali people. One ideologically dogmatic party should not and cannot not dictate and constrict the realization of aspirations of 28 million people. Who are the Maoists to argue that these projects are against national interest? Mind you, they only received 40 percent votes in the past election, if you assume that the election was fair in all 75 districts. Technically, they received 40 percent agreement on their proposed policies from among the eligible voters. This does not mean that they received a majority to dictate long term economic growth matters with myopic political vision to usurp power and push the country decades backward. Almost 60 percent of the eligible voters dissented with the Maoist party’s agenda. Additionally, how can a party, whose cadres are being fed by taxpayers like us, act as if there is no government and the rule of law. It is ludicrous and beyond sensible reasoning. 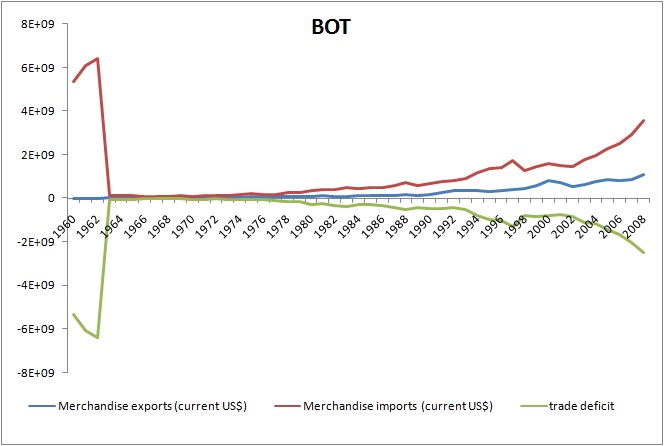 Their main target is India. They probably want to target Indian joint ventures in hydropower sector, restrict their activities, and use this as a bargaining chip during negotiations with India to fulfill their own vested interest of getting top posts in the government.  Four of the projects targeted by the Maoists are being developed by Indian investors, either solely or through joint ventures. It affects at least 3300 MW of hydro projects: Upper Karnali (900 MW), Tamakoshi 3 ´A´ (880MW), Upper Marshyngdi (600 MW), Arun III (402 MW), Lower Arun (400 MW), Balefi (50 MW) and Likhu (34 MW). Here is a very sensible piece from Dr. Ram Sharan Mahat.

At a time when investment is going down and the country is reeling under severe power crunch, this act does not do a bit in terms of protecting our economic interests. Investors will leave the country as they did during the bloody insurgency. Any surplus electricity can be exported, which the Maoists say should not be allowed. Why? How can they bridge the huge balance of trade deficit with India? The only viable way to do it is through electricity exports, exactly like what Bhutan is doing. 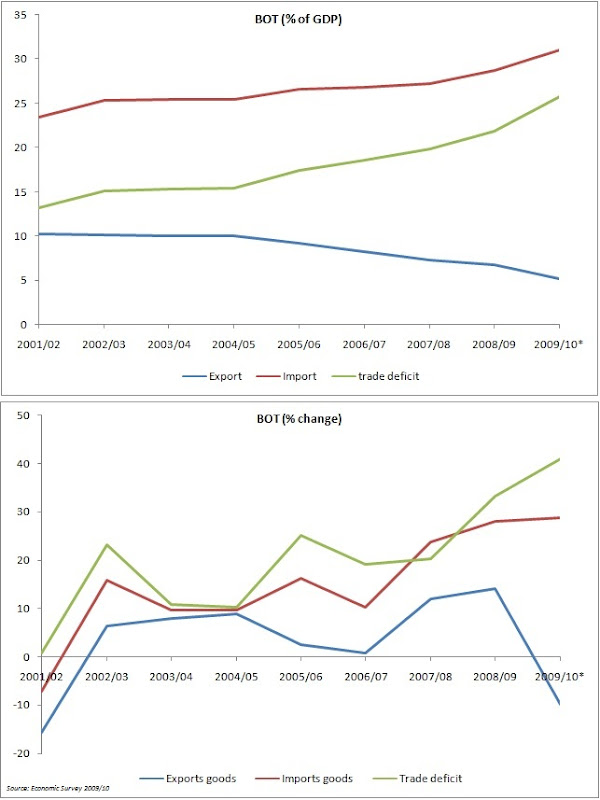 The Maoists are largely responsible for the economic mess we are in right now. Since they launched the bloody insurgency, which by the way is the bloodiest one in the world if we consider the level of fatalities and development level, in 1996, investment is tumbling down, exports are decreasing, employment is shrinking, imports are exploding due to limited avenues for investment of remittance money, and balance of trade is widening.

Most of the bidding in public works (construction of public infrastructure) is taken by the Maoist-affiliated wings, fostering massive inefficiency. Daily consumable goods are being procured and restricted supply in the product market to artificially jack up prices. Industrial districts are turned into youth wing camps. They have made a mockery of private property by willfully confiscating property. Investors are pulling out money and running away. Way too many evil acts are committed by the UCPN (M). They have pushed Nepal’s development at least a decade backward.

Again, they are mostly targeting Indian JVs and commercial interests. It is nothing but a political move. Nepali investors simply cannot and do not have the financial and technical capability to invest in large projects the country desperately needs. We need foreign investment. Period. Apart from using this issue as a political bargaining tool, they are probably after commission (like they are doing in the construction sector). The Maoist party is (may be even more) as corrupt as the other political parties. Its top echelon is the most hypocrite (as well as incoherent and inconsistent) I have noticed since the time I understood Nepali politics, however incomplete it may be. This recent senseless stunt is just a distraction from its latest corruption scandal. Lets sort out the scandal first!

The economy is being made a scapegoat to achieve vested interest of one very unpopular party that wants to run the show using fist instead of logic and sensible acts. We all know how Dr Bhattarai, the Finance Ministry during the Maoist government, had to implore with domestic and foreign investors to invest in Nepal when they shunned investment due to militant youth wings’ and unions’ activities. He even assuaged investment in hydropower sector to realizes its wild dream of producing 10000 MW in ten years. Now, it is totally opposite simply because they are not (and cannot after several unsuccessful rounds of voting for the prime minister position) in power. 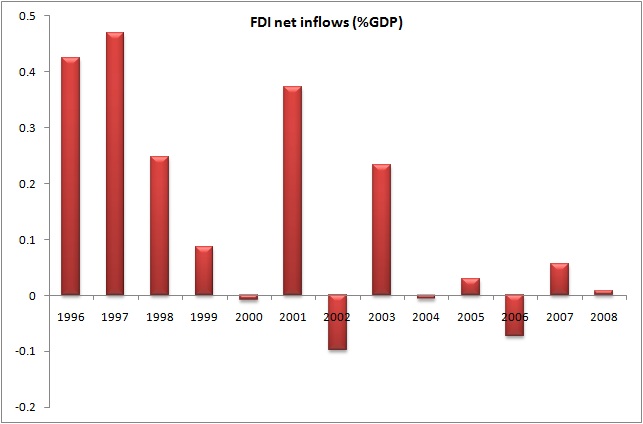 The UCPN(M) should be stopped from doing taking law in its hand. It is costing our nation dearly. Their failed ideology is against the business sector, our economic interests and long term growth path. The party has comprehended neither geo-politics nor geo-economics. They look like pure opportunists, playing illogical and incoherent dirty games with both friends and foes. So far I have not heard of any group or organization supporting this wrong headed move. Stop this madness! 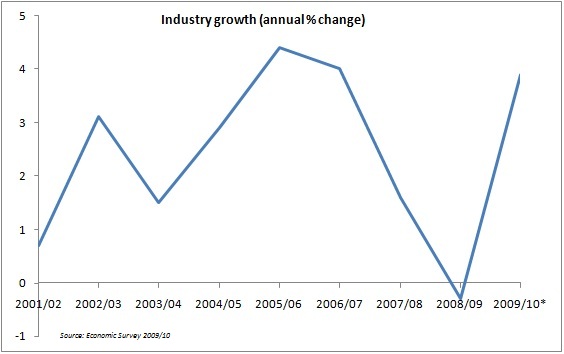 Posted by Chandan Sapkota at 9:07 PM