Sadly, on the ten index considered on the report, Nepal did not enact reform on a single one of them. The report flatly states, “No major reforms were recorded” in Nepal. Among the 181 countries considered in the report, Nepal’s overall ranking in the ease of doing business is 121, which is ten positions down from last year’s ranking of 111. 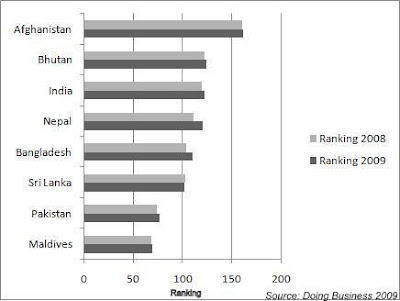 More on Nepal and South Asia:

Posted by Chandan Sapkota at 2:28 AM